Skip to content
No products in the cart.
$0 Cart
Menu
Menu 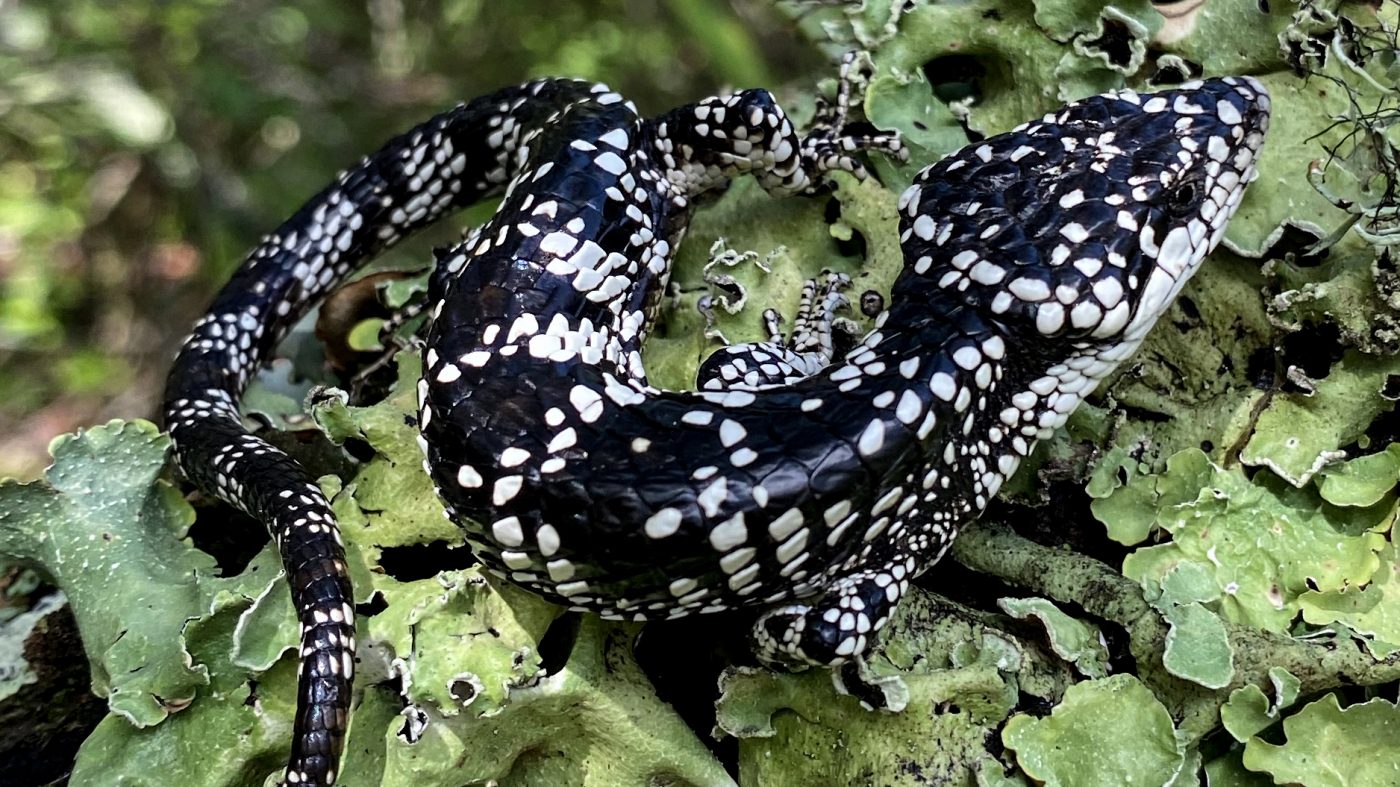 This beautiful lizard belongs to the family of Abronia. It is named after the Berlin naturalist Ferdinand Deppe. The size of its distribution area is smaller than the state of connecticut and within this area the species is split into two color forms: a gray-headed variant in the state of Michoacan and the black and white variant in the photo, which is found in the Estado de Mexico, Morelos and here in the north of Guerrero. The populations in Morelos have largely fallen victim to the illegal pet trade and habitat destruction.

Here in northern Guerrero we have still larger populations, but they are also threatened by the deforestation of large areas for agriculture. In addition, the rural population considers the Escorpiones, as the Abronia are called here, extremely poisonous and dangerous and therefore kills them in every possible occasion. Even in the last remote forest areas these spectacular lizards are not safe, because here at Christmas time mosses and epyphites are collected, with which the nativity scenes are decorated. Sounds not dramatic at all, but it is. In Mexico there is a mini nativity scene in almost every household at Christmas time and we have over 120 million inhabitants here. The destruction that is committed in the pre-Christmas period in the last mountain forests on ferns, mosses and bromeliads is huge and in addition, the abronia falling out of the bromeliads are immediately beaten to death.
This is not a bright prospect for one of the most beautiful and fascinating lizards. Nevertheless, we see the greatest opportunities in this species to help with our limited resources. According to what we know so far, the species is relatively sedentary and several individuals can live together on one tree. So it should be possible to protect a small population on a few thousand square meters. In addition, my personal experience is that I can convince the farmers of the harmlessness of this lizard in face-to-face conversations, which means that we can also include neighboring properties in our protection efforts to some extent. And last but not least we hope for active support of Herpeculturists from all over the world, who appreciate this lizard as a (dream) pet and would like to take action against its extinction in the wild.

Crotalus tlaloci is one of the rarest rattlesnakes in the world. The species was scientifically described as recently as 2014 and to date only a few specimens have been found, which is probably due to its very secretive lifestyle. It is named after the mighty rain god of the Aztecs: Tlaloc, because it becomes active with the first thunderstorms at the beginning of the rainy season. Since it is a poisonous snake, it will be a challenge to integrate it into the project.

For me the most impressive reptile of the Sierra. This black and red snake, up to 3 meters long, is the queen among the local reptiles. Adult specimens have few natural enemies.  The indigo snake is currently the least threatened species on our priority list. Because it has a large range compared to the other species listed here and can adapt to different habitats, climates, and elevations.  We included it anyway because, as a predominantly diurnal snake, it comes into contact with humans more often. Unfortunately, here in Mexico this means that it is also often killed.

As a predator at the top of the food chain, it depends on larger intact habitats: clean rivers full of frogs, slopes with healthy reptile populations, forests with birds and rodents.  A growing population, urban sprawl and increasing ecosystem degradation do not bode well for the future of the species. With our small project, it will probably not be possible to create a refuge for a population of such large animals, but perhaps we can promote more understanding among the population for these impressive predators through information campaigns. 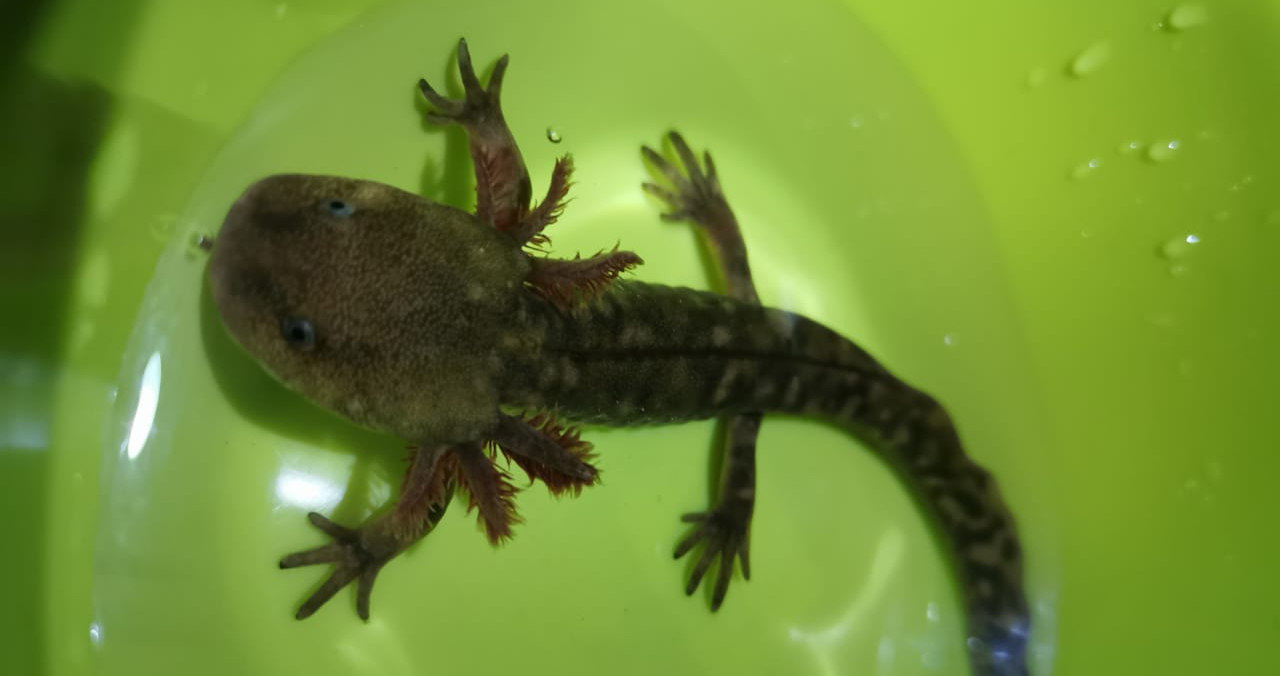 Probably everyone who found this page knows about the Axolotel (Ambystoma mexicanum), the salamander that never becomes an adult and spends its life in the water as an eternal larva. What most people don’t know, however, is that the axolotel is only one of several aquatic eternal larval salamanders in Mexico. Most acuatic Ambystoma species are found in larger lakes and marshes in the highlands of Mexico but there are also a few species that inhabit mountain streams. So the Ambystoma rivulare occurring here colloquially referred to in Spanish as Ajolote de Arroyo .

At present this beautiful salamander is found in only a few streams and is exposed to all kinds of threats. Some streams are drying up because too much water is taken for agriculture. Other streams are so heavily polluted with fertilizers and pesticides that they are being lost as habitats, and in the last remaining inhabitable streams, introduced trout are spreading out and eating the last living river axolotel. Our resources will probably not be enough to protect this species either, the threats it faces are too complex. But we will at least try to document how the populations develop in the next years.

Offer of the month 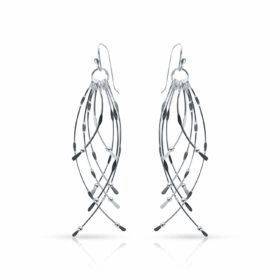